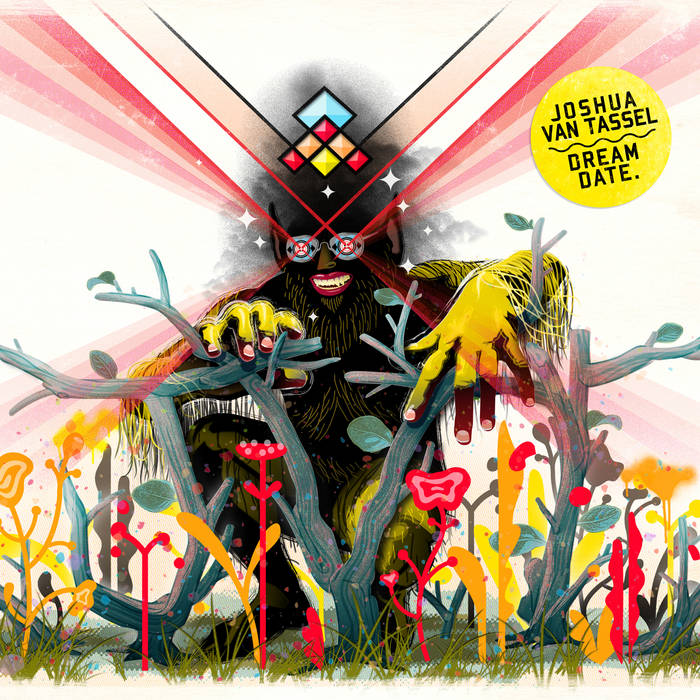 "Come for the music, stay for the cyborg fish armies, giant gorillas and Daniel Craig. They all come to play in Joshua Van Tassel's amazing new album Dream Date"
Laurie Brown, Host of CBC2's The Signal

"Already being a big contender for Best of '13, Dream Date is truly an album to keep your attention and have you back for seconds."
Found Sound Review

"Whether it is the Kid A-inspired sounds of Sneaky Beard or The Warmest Heart, Van Tassel’s uncluttered approach to making music is one that demands your attention."
Ken Kelley, Music Nerd Chronicles

Joshua Van Tassel wants to take you on a date through his imagination.

"When people dream, we often find ourselves going from one seemingly unconnected scene to another without warning or reason. The reality is that our dreams are the products of our memories and subconsciousness, and these random scenes share more in common then we realize at first glance."

His third full-length album, Dream Date, is a score to a series of dream scenes that take place in his mind.

"The idea is that you're being led through these scenes by a large (but friendly and gentle) gorilla/yeti-type creature. All of the songs on the album contain sounds from one another blended in some way, and each have a very specific story along with them. Hence the 'Dream Date' title."


Joshua Van Tassel is a man of many hats. Born in rural Nova Scotia, he’s studied music across Canada with stints in his home province of Nova Scotia as well as Ontario and Alberta. Something of a musical chameleon, he’s acted in a supporting role for such diverse artists as Doug Paisley, Great Lake Swimmers, David Myles, Royal Wood, Justin Rutledge, Ronley Teper, Selina Martin and Valery Gore, among others. Joshua is also quickly becoming known as a go to producer, having made albums for David Myles, Dean Drouillard, Christine Bougie, Megan Bonnell, Gypsophila, and more.

With his solo career Van Tassel has a built a reputation as a producer and composer of electro-acoustic music that is both highly sophisticated and easily digestible. His music, which has been featured on the Outdoor Life Network’s program “Departures” and “Descending”, is a tapestry of traditions; the familiar plucking of folk music floats amongst drum machines and ambient field recordings, driving bass lines melt into flowing synth melodies. His self-titled album has received critical acclaim from the CBC, The Toronto Star, NOW Magazine, was chosen as one of the top albums of 2011 by CBC Radio 2?s ‘The Signal’ and was nominated for a 2013 ECMA Award. His new album “Dream Date” was released to critical acclaim in April 2013, earning a Music Nova Scotia Awards and a second consecutive ECMA nomination for Electronic Album of the Year. His most recent effort "Dance Music: Songs for Slow Motion" won both an ECMA and Music Nova Scotia Award for Electronic Album of the Year.

Bandcamp Daily  your guide to the world of Bandcamp